If you’re like me, you went to school or university to learn skills that would one day get you a job that used those skills. Selling whatever that product or service happened to be would be someone else’s job. So getting to grips with sales when you start your own business can be quite a shock.

I found that there’s no shortage of experts telling newbie business owners they need to get over that ‘icky’ feeling of not wanting to sell their wares, but once you’ve made peace with your inner salesperson there’s still work to be done. The truth is that selling isn’t some gift you’re born with – although like anything, some people are naturally better than others – it’s a set of skills and techniques that can be learned.

I’m far from being a sales expert and I’m learning all the time, so I thought I’d share some of what I learn here on as I go along.

My latest lightbulb moment came at the February Drive The Network Bedford meeting where Andy Bargery was talking about sales pipelines. A sales pipeline is a way of planning out your sales process so that you have a steady, predictable flow of clients instead of either too many or too few. We plan to have more on this on the  Drive The Network blog shortly, so here I’ll focus on just one aspect of Andy’s talk.

When you receive calls or emails from new prospects, do you treat them all the same? Of course, everyone should be treated politely and professionally, but some will be much better prospects than others. To make the best use of your time and resources it makes sense to focus on those who are most likely to buy, and buy fairly soon. But how can you identify these people? Enter the BANT model for qualifying prospects:

Budget – how much are they prepared to spend?

Authority – who is the decision maker?

Need – does the prospect have a problem you can solve?

Timing – is there urgency?

An example I’ve seen in the online course world is where a teacher creates online courses for other teachers. The danger is that these courses are aimed at classroom teachers who don’t have authority over their budget. And whatever budget there is may be very small. Also, the senior management team may already have committed to spend that budget somewhere else. This isn’t necessarily the case everywhere, as there are a lot of different schools all over the world. But it’s really important to think these issues through before you invest time in making course materials.

A better example is an educational software company I worked for many years ago. This company learned about the ‘pots’ of government funding that were available, identified the schools who were likely to be eligible for that funding and put together a software package to solve the most pressing problems experienced by those schools. Then it ran trials in several schools that met those criteria and produced case studies to show how the software produced measurable results.  The sales team then knew who they could best help and could invest their time and energy in those schools.

The BANT model can go wrong, especially if it’s used in a heavy-handed way. But had I known about it sooner I would have been able to politely and tactfully work out if someone approaching me was likely to be a good fit for what I had to offer, saving both of us time and effort.

So there you go, another sales lesson learned!

4 thoughts on “Are you selling to the right people?” 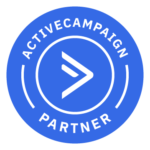